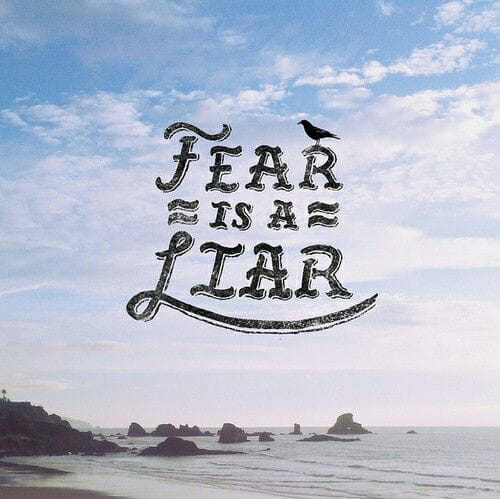 Fear is a Liar

On a tip from someone I trust on movie suggestions, I stopped at the ole’ Redbox this past Saturday morning, and picked up After Earth.

It’s Sci-Fi, so that gets an almost instant thumbs up from me, and the husband digs it too, so after putting the little monkeys to bed, we popped it in the Blu-Ray player and settled in for quite the story.

And this quote on fear by Will Smith’s injured character to his young son who is the only chance for either/both of them to live makes it so worth it:

That is so freaking true.

Of all the things I’ve really feared in the last 36 years of my life, only one of them has happened. When my Grandpa had a stroke at the age of 63, I was scared out of my mind that he would not recover. And he didn’t. And it was devastating. But not one bit of being fearful about it prepared me for the reality of it.

So, really, the fear didn’t do anything to help me, except stress me out so hard I couldn’t think straight and failed a major exam for my Women’s History class. (It was a crappy class, and really, any professor who doesn’t care that a young 20 year old student has driven from Toledo to Columbus four times in as many days can suck it anyway).

But the other things that have worried my feeble mind haven’t ever happened. As Mary Schmich puts it, “Don’t worry about the future. Or worry, but know that worrying is as effective as trying to solve an algebra equation by chewing bubble gum. The real troubles in your life are apt to be things that never crossed your worried mind, the kind that blindside you at 4 p.m. on some idle Tuesday.”

When I was deeply in debt, my biggest fear was that my husband would find out, and leave me. He didn’t.

Now, my biggest fear is that something is going to happen to one of my kids. But will worrying about it stop it from happening? Nope.

The thing about fear is, even if whatever you are afraid of happens, chances are, you will still be here. It will not kill you, and you will come out of it with nothing to lose, and no reason to hold back any longer.

So why not skip that step and just drop the fear. Fear is a liar. And you already have nothing to lose that wasn’t needing to be lost anyway. 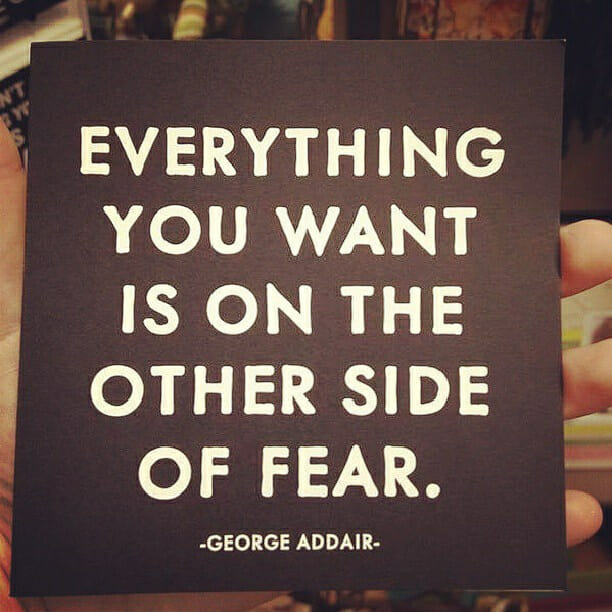