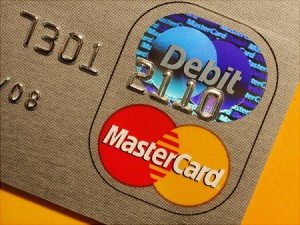 I’m Thankful For My Debt.

I bet you NEVER thought you’d hear anyone say that.  But, you know what, it’s the God’s honest truth.

Four years ago I found myself with a mountain of credit card debt.

At it’s highest point, I was hovering around $60k (no joke).  And I didn’t even have a Lexus sitting in the garage to show for it.

I literally spent all of it on nothing.  Nothing that meant anything, anyway.

Two years ago, I hated that debt.  It nearly wrecked my marriage, and I was so stressed out it was unbelievable.

Second thing to be thankful for – my husband is an amazing guy, and he didn’t kick me out.  (Love you babe!)

But now, when I think about my debt, I get all warm and fuzzy inside.  Because you know what, if I hadn’t gotten into debt, I would not have tried to find creative ways to get out of it.

By the time my husband found out about my debt, I was making a good chunk of cash every month, and it dawned on both of us that he wouldn’t have to stay in his hated teaching job for much longer.

As of now, he hasn’t been a teacher for 5 months, and we are happier than we’ve ever been.

My debt isn’t gone yet – but I’m getting there.  And, though I have tons of stuff to be thankful for (kids, life, etc), this year I am MOST thankful for that debt.  I most definitely would not be where I am right now if I hadn’t made that “mistake”.

Which leads me to one final point – there are NO mistakes.  Every choice adds up to making you the person you are – and sometimes you have to make the “wrong” choice so you can do it right the next time.

Let me know what you are thankful for this year…